The Children of Jacob & Mary Heilman

Recently I wrote about Jacob Heilman, Civil War veteran.  This piece is about his children. 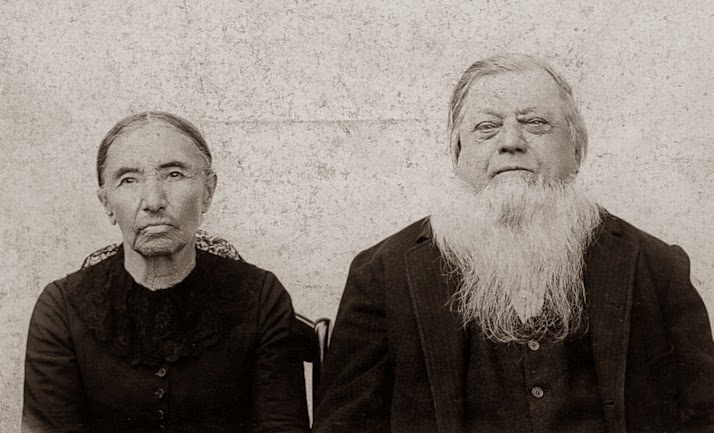 Sarah married George Patten and died at age 23 in 1875, a few weeks after the death of her baby daughter Jenora.

Mary Ann married Thomas Garver, a preacher.  After the birth of three sons (who predeceased her) and two daughters (who survived her), she died at age 31, of “consumption” (tuberculosis).  Thomas later married her sister Ellen. 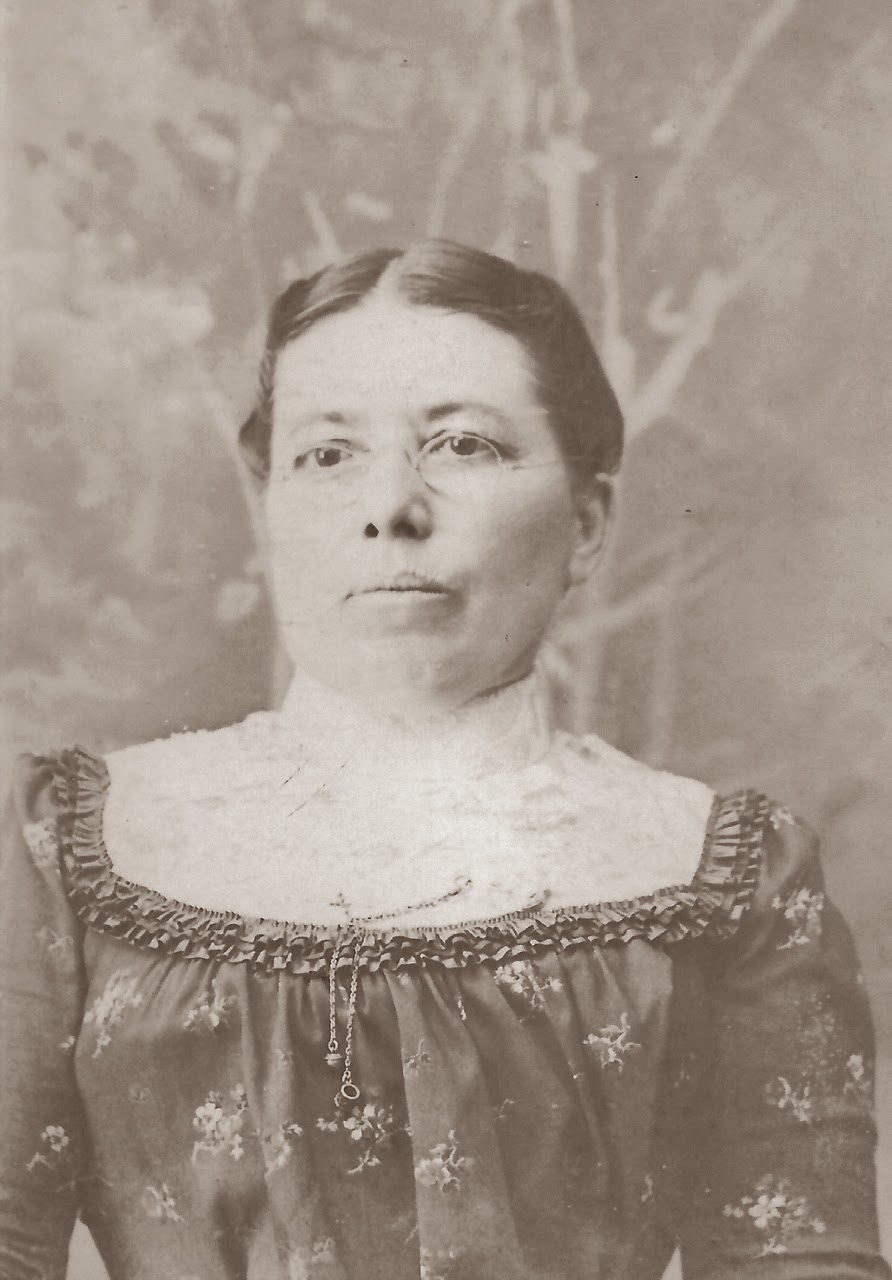 Martha (known as “Matt” all her life, and pictured above) was said to be very short.  She never married and worked as a servant in several households, later living with her widowed mother until her mother’s death.  After that she lived on her own, and then with brother William, until her death at age 88 in 1943.

Elizabeth, called “Lib,” married John Overly and they had six children.  They lived a quiet life, and she died in 1932 at age 74.

John never married.  He lived with his older sister Elizabeth Overly as a young man; then with his parents; then with his widowed mother and sister Martha; the with his nephew Jacob Overly and family.  He died at age 73 of cirrhosis of the liver and was buried near his parents.

Emma married a Garver, like her sisters Mary Ann and Ellen—Thomas Garver’s brother Charles.  She and Charles had nine children and they settled in Michigan.  It is said in the family that she liked to quilt, and would say “By cracky,” “Oh, Lordy,” or “Oh, catshit!” when her thread would break.  She kept the family farm going after her husband’s death with the help of her son Roy, until his death two years later at age 26.  After that she lived with one or another of her children until her death at age 73 in 1943.  She is my husband’s great-grandmother. 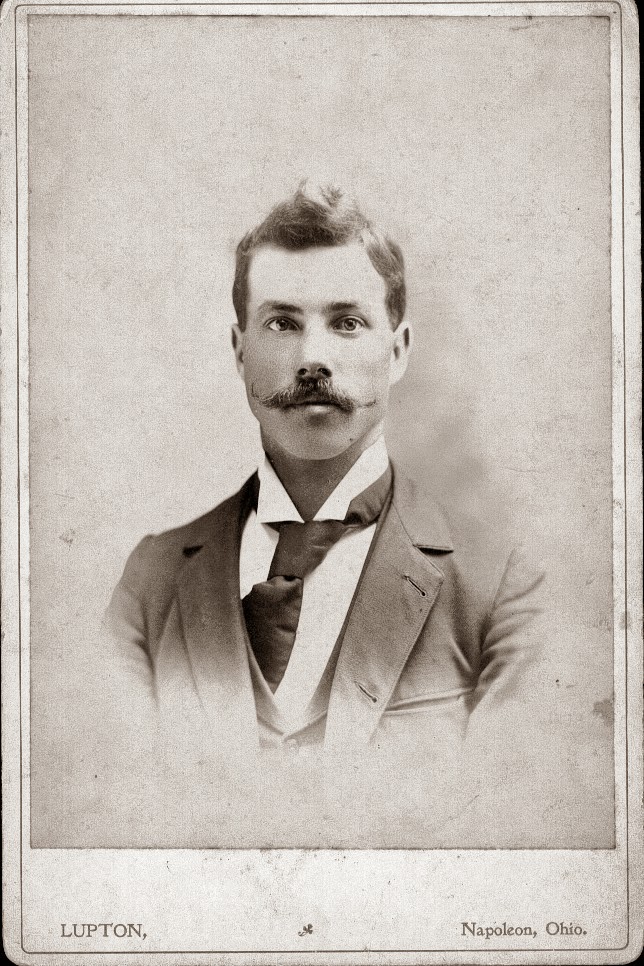 Ernest (pictured above) married Alta Mae Brubaker and they had four children.  He died in 1916 at age 43.  The notice in the Northwest News said, “Mr. Ernest Heilman dropped dead Sunday while riding in his automobile.  Heart trouble was the cause.”

William, the youngest, married Leah Blanche Siford and they had eight children.  According to family historian Dale Garver, William worked in the mills and made canal boats until those businesses closed up shop.  From there he worked clearing land and settled with his family on a farm in Henry County, Ohio.  He died in 1955 at age 76.
Posted by Susan at 6:00 AM