The Farm That Became a Church

Recently I’ve been doing some research on the Erickson side of my family tree, working with my cousin Gene.  We’ve found some good stories, including a real “black sheep” of a great-great-grandfather who I’ll write about soon.  But today, the story of my great-grandfather Karl Erickson’s farm, and how it became a church.

Karl (a/k/a Charlie) Erickson came to America from Mecklenburg, Germany with his parents, Johann and Caroline, and his brother Johann Jr., when he was nine years old—that would have been 1868.  The family settled in Will County, Illinois, where his mother soon died and his father Johann Sr. made a living as a farmer (although not a very good one), and later as a laborer.

Karl and his brother left home (or were turned out of the house, some stories say) to make their way through the world in their mid-teens, and both brothers managed to do so.  By the 1880 census, Karl (by then known as Charlie) was a farm laborer on the farm of John Leppert, where a young lady named Lena Schmidt worked as housekeeper.  Carl and Lena married later that year and settled down to farm on rented land in Wheatland Township, Will County, Illinois.  Eventually they had ten children, nine of whom survived.

Some years later (1903 to be exact) they bought their own farm, 160 acres in Will County which lay on both sides of Boughton Road in what is now Bolingbrook, Illinois.  They lived and farmed there until they retired around 1920 and “bought a house in town” (that town being Naperville).

But it’s the story of what happened to their Boughton Road farm sixty years later that is my main theme today.

In the 1980s, a young congregation called Independent Baptist Church was looking for a property.  They purchased 18 acres of the old Erickson farm on the north side of Boughton Road—and instead of tearing down the 120-year-old barn, they remodeled it into a wonderful “barn church” in 1985, putting nearly 10,000 man-hours of volunteer labor into the remodeling.  The pastor of the church, David Shoaf, provided me with these old photos of the barn church—with the silo still standing proud. 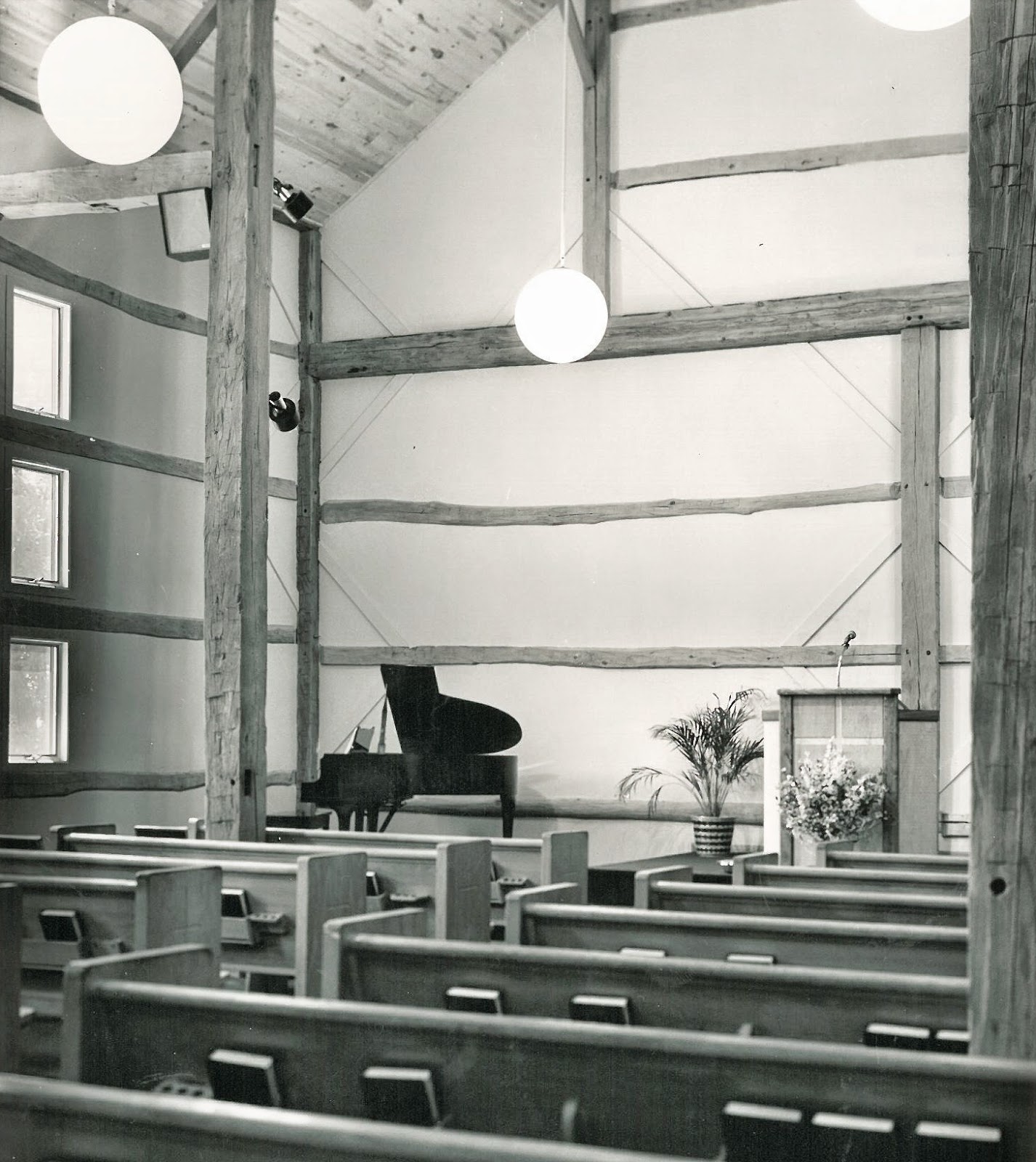 But the barn church didn’t last long...  On March 17, 1989 an arsonist burned the building to the ground.  Suspicion fell on a land developer who wanted the property to expand one of his projects, but nothing was ever proven. 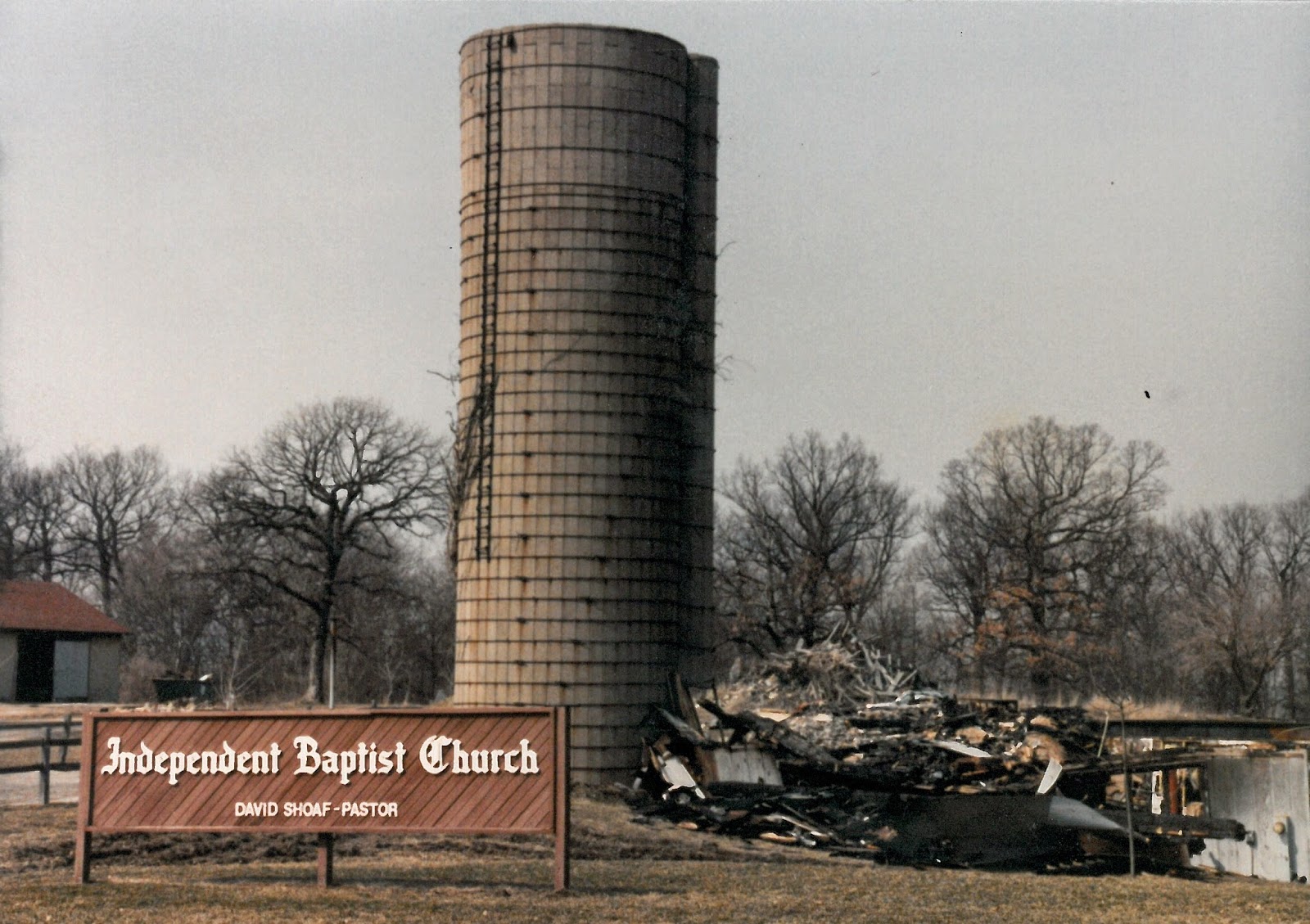 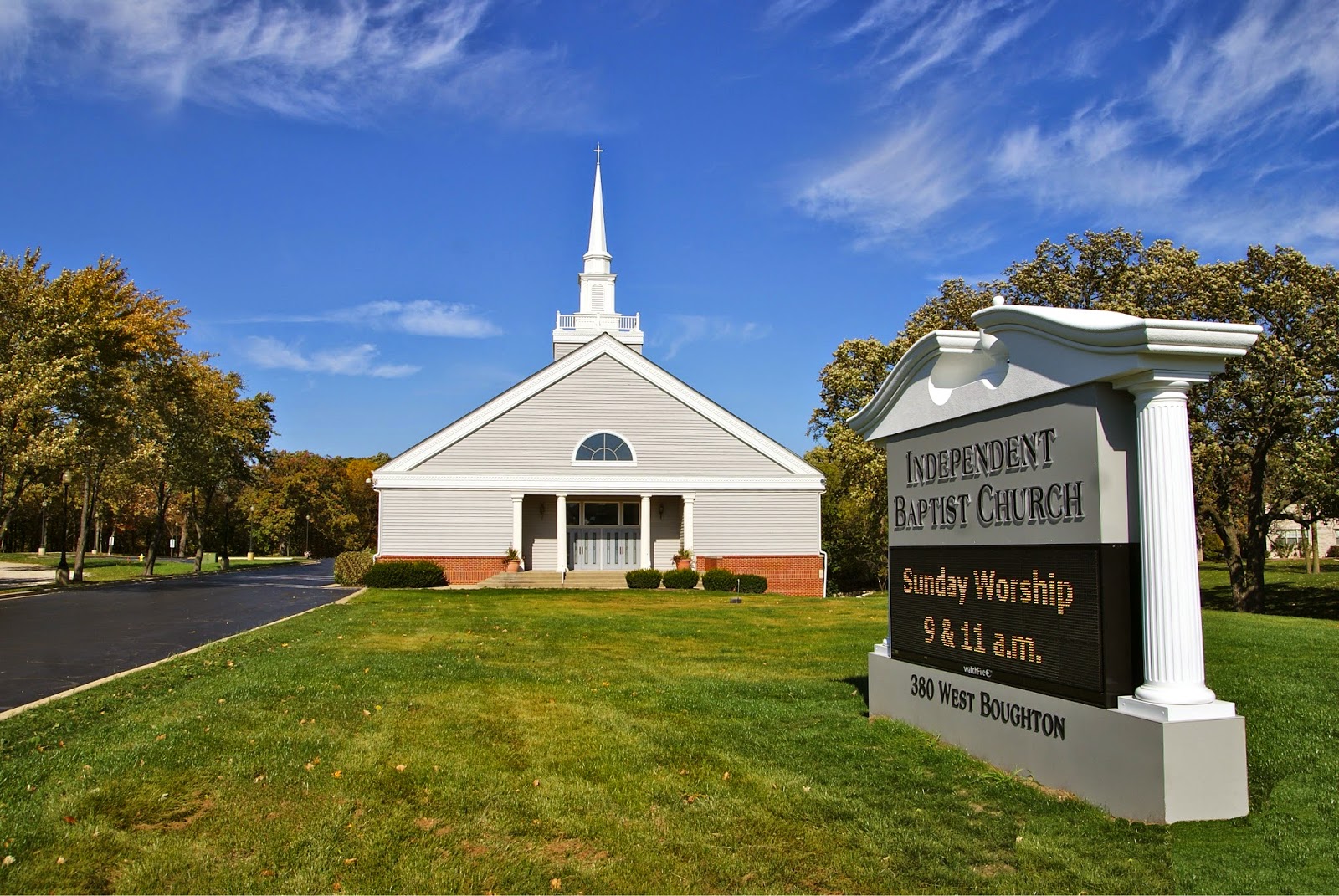 One further note:
The old farmhouse, built in two sections (the older and plainer section visible on the right side, the newer and fancier section on the left) still stands on the church property.  The first photo below shows my great-grandparents, Karl and Lena Erickson, with four of their children, around 1910.  The second photo show the house in more modern times, nearly 100 years later—still standing. 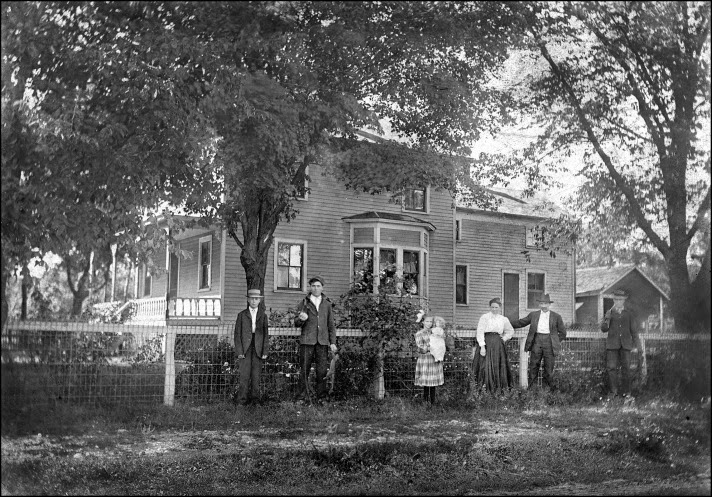 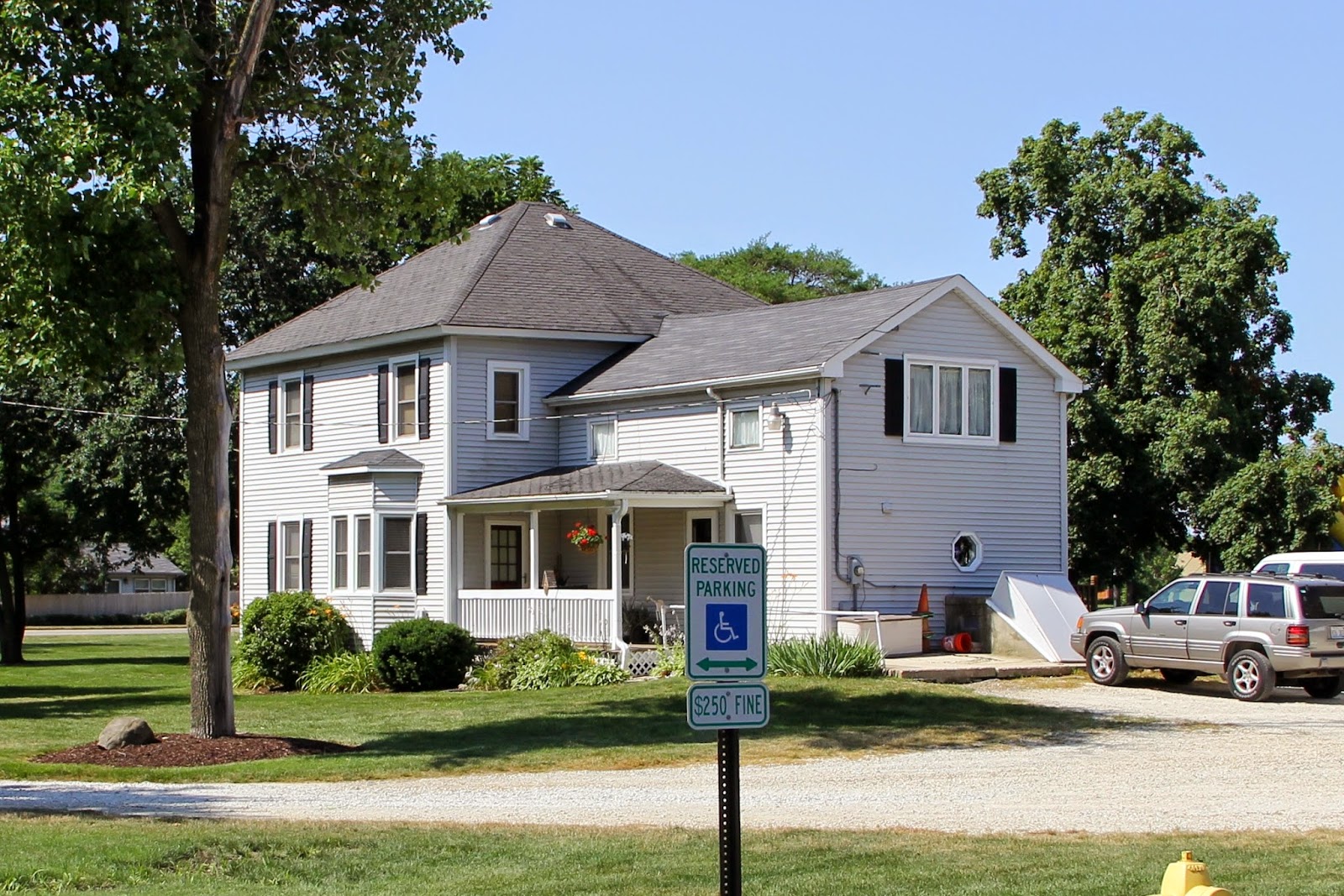