My husband’s mother was a Garver, and it’s a big family full of lots of good stories—always has been.  Charles and Emma Heilman Garver were my husband’s great-grandparents. 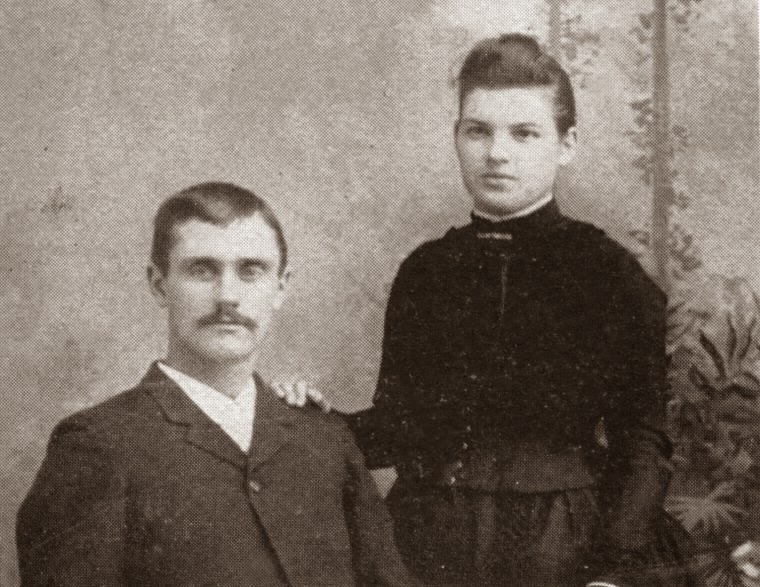 Charles Garver and Emma Heilman married in 1889 in Defiance County, Ohio, and had six children there.  In 1902 they moved to Clare County, Michigan, where the land was cheaper.  Daughter Alta talked about the move with researcher Dale Garver some years ago:

“There was some sort of government assistance program to help people move about the country.  Charles and Emma Garver in order to capitalize on this had the choice of moving to either Virginia or Michigan…  They took the train with all their possessions, including livestock.  Son Forest, however, never had a ticket.  He tended to livestock, always on the move and avoiding the conductors.  Upon arrival for a short time they lived with friends before moving into their home on Adams Road in Arthur Township.  Since there are few loose stones in northern Ohio, Emma brought the stone with her that she used to weigh the lid down on the crock with making sauerkraut.  She never lived this down, as their new home in Michigan had rocks galore lying all over the place.”

Their last three children—Beatrice, Roy, and Alta—were born in Michigan, joining six older siblings—Walter, Clara Mabel, Forest, Florence, John, and Ray.  They settled on a 40-acre farm on Adams Road in the Browns Corner area of Arthur Township, soon buying another 20 acres.  Emma’s widowed sister Ellen Garver (the sisters had married brothers) bought the 44-acre farm to the west of them.  Soon Charles was a pillar of the nearby Brethren church. 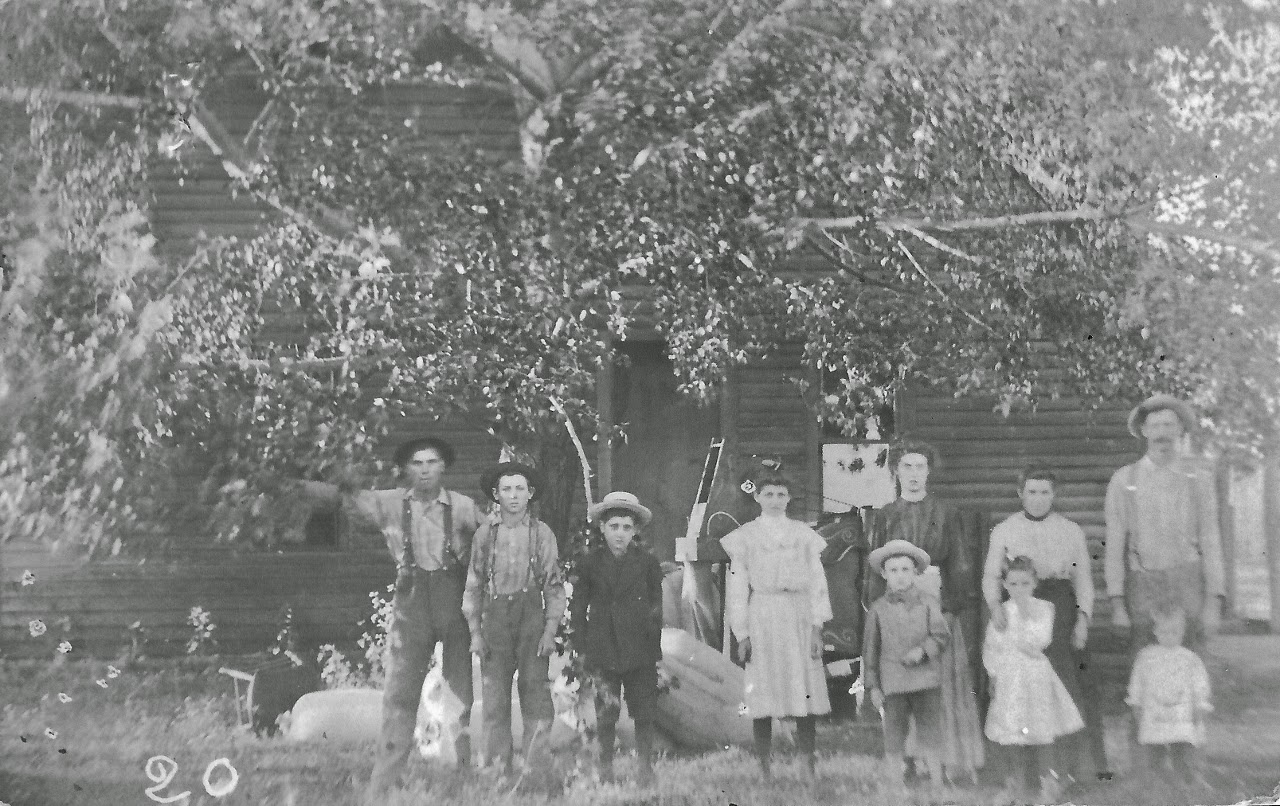 Dale Garver goes on to say this about Charles:

“More than a farmer, Charles (“Charlie” to his friends) also served as moderator of the local school district.  He played the fiddle at square dances along with son Ray on guitar or zither.  Charles valued his livestock and took good care of them.  Workhorses always got their hour-long rest at noon, and never worked after supper.  In the evening he would sit back and read the Clare Sentinel, often dozing off while doing so.  He and Emma often spoke German when discussing things they didn’t want the children to hear, but after World War I they ceased this practice.  Their daughter Alta wanted to learn German, but Emma wouldn’t allow it.”

Charles died in 1931.  Emma continued to run the farm with the help of 24-year-old son Roy, but it was not to last.  Roy contracted measles, which led to abscesses on his lungs and then his brain.  He died in 1933 at age 26, on the second anniversary of his father’s death.

Emma tried to keep the farm going after Roy’s death, but it was sold to her oldest son Walter and his family before long.  Emma died in 1943, and she and Charles are buried at Cherry Grove Cemetery in Clare County, near their son Roy.
Posted by Susan at 6:00 AM