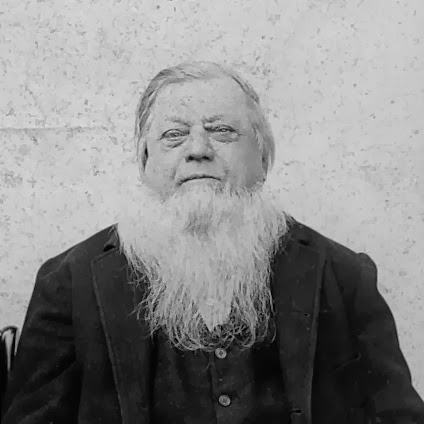 My husband’s mother has three great-grandfathers who served in the Civil War.  One died (Charles Alwood, whom I wrote about previously), and two others survived.  One of those who survived was Jacob Heilman.

Jacob was born in Bavaria in 1819 and came to the United States in 1844, according to a book of historical sketches published in 1976 by the Henry County, Ohio Historical Society.  (A New York Passenger list I found supports this.)  He came to Ohio in 1847 with a brother and married Maria Baker there in 1850.  They had twelve children—four sons and eight daughters—eight of whom survived him. 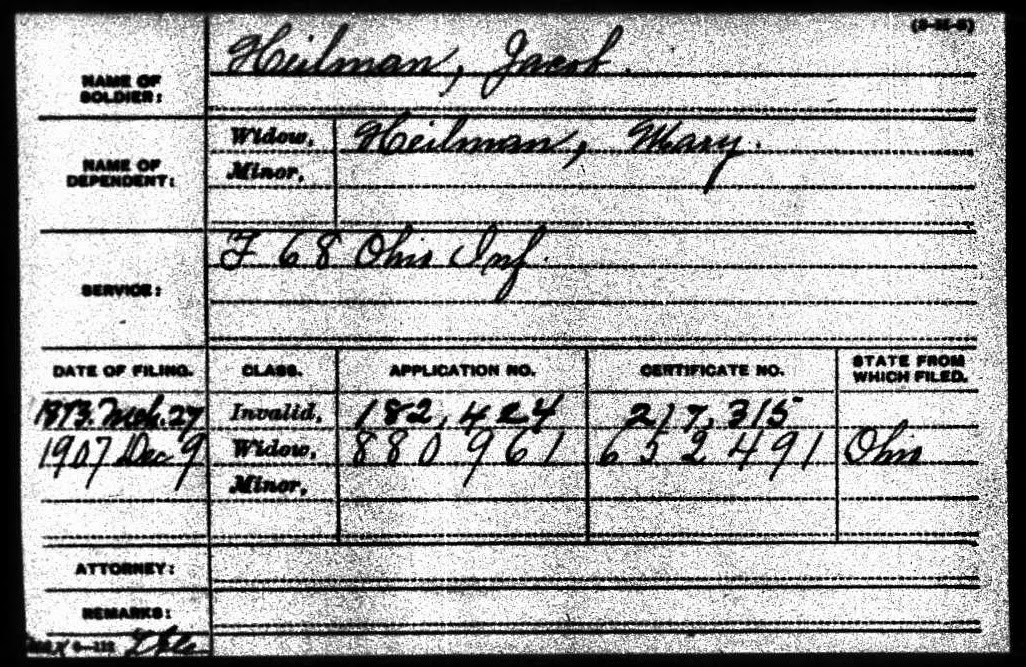 According to his service record on ancestry.com, Jacob was a Private in Company F of the Ohio 68th Infantry Regiment, and his grave marker confirms that fact.  He would have been in his forties at the time—not a young man!  It was said that his unit marched over 7,000 miles and rode trains or steamboats another 6,000 miles, and that his regiment was in every Confederate state except Florida and Texas.

There are good histories of his unit, and they bear this out.  I consulted “Dyer’s Compendium” online and got some details.  The 68th started out at the Battle of Fort Donelson and took part in nearly every major battle and siege of the war, including the Battle of Shiloh, the siege of Vicksburg, and Sherman’s March to Atlanta.  The regiment lost two officers and 48 enlisted men in battle, and another one officer and 249 enlisted men to disease, for a total of 300 deaths.

The actual dates of Jacob’s service are sketchy.  The 1975 biographical sketch (written by Jacob’s great-grandson Lyle Heilman) says that Jacob enlisted in 1861 when the war broke out and served until the war was over.  Maria had a daughter in May 1862, but the baby could have been born after Jacob left for the war.  Dyer’s history shows that his unit had a long furlough in early 1864—but judging by the birth date of Jacob’s son John (June 1864), Jacob was home by September 1863.  A draft register listing him as “discharged” in June 1863 bears that out.  So the extent of action Jacob actually saw is uncertain—but whatever his length of service, it was enough for Jacob to apply for, and receive, an Civil War veteran invalid pension in March 1873.

It is said in the family that he was blind the last twelve years of his life; he died in 1907, with his wife following in 1912.

I found Jacob’s grave a few years ago at Florida Cemetery in Henry County, Ohio.  My husband and I put a flag on it before taking a photograph.  I was pleased to see the G.A.R. marker there.  In an original photo of him which survives, and which I was fortunate enough to borrow from my husband’s cousin Dale Garver, even in his old age Jacob looks brave and strong—a survivor. 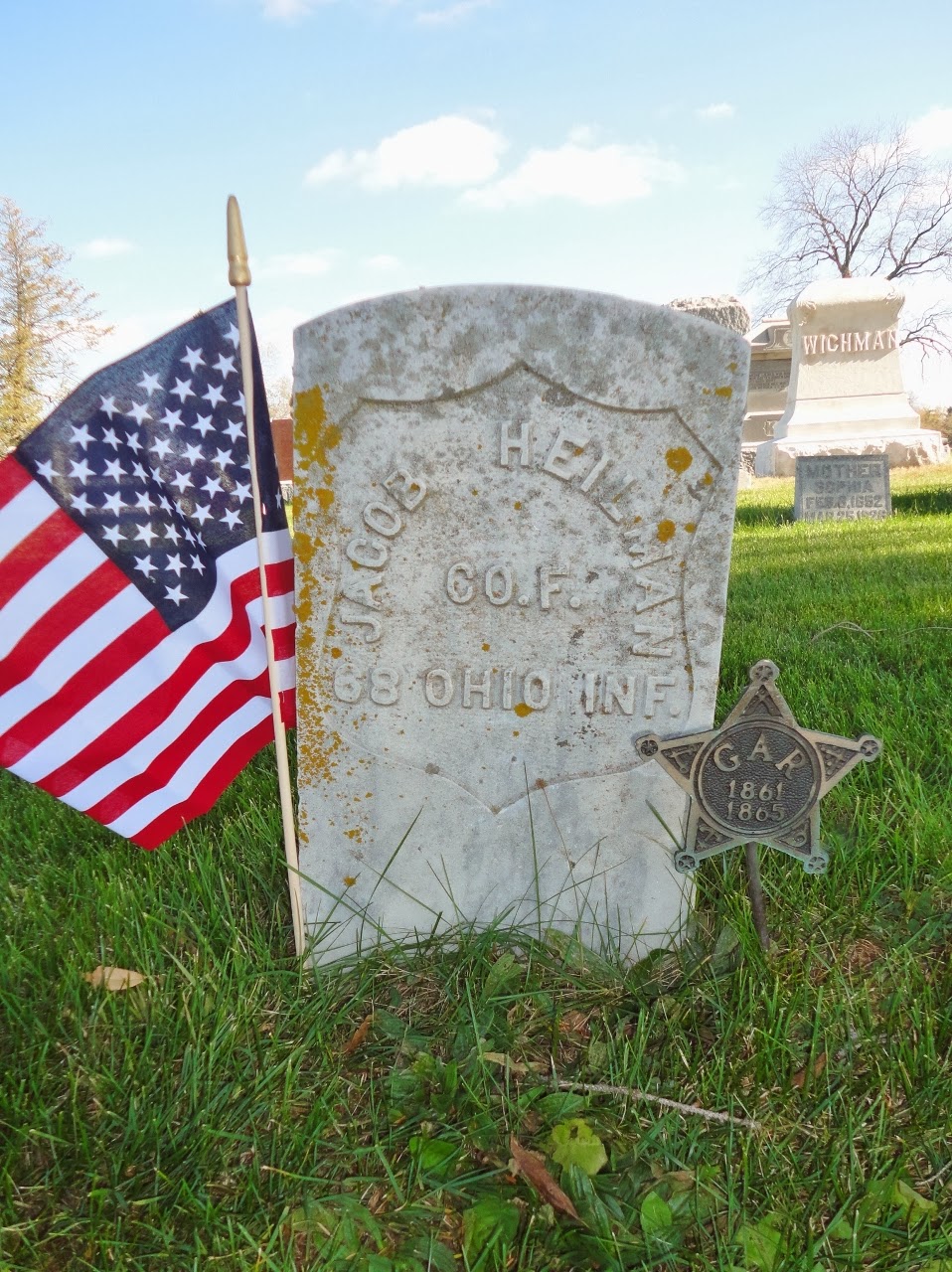