It was on the day before Thanksgiving in 2008 that something happened that, a few years later, inspired my very first blog post...  Read about it here -

"For the Love of Norman."

I realized the other day that I’ve been writing down and posting my genealogy stories for two years now.  It prompted me to recall my favorites from year two…

Some stories caused me to learn new things…

» In Ezra Alger, I learned more about the Civil War’s infamous Andersonville Prison, while doing research for a friend of my husband’s.

» Writing Typhoid Fever and Tuberculosis caused me to learn more about two diseases that carried away many of your ancestors and mine, even into the 1900s.

» Jonas Stutzman, Amish Eccentric was about a very “colorful” character who was also a significant figure in the history of the Amish in the United States—“White Jonas,” the first Amish settler in Holmes County, Ohio.

» An Amish Tragedy told the story of Jacob Lambright, an ancestor of many present-day Northern Indiana Amish, who met a tragic end.

Some stories were about my own family...

» Otto & Elsie told the story of one of my aunts and how she came to be raised by relatives.

» A Civil War Widow Applies for a Pension was about my husband’s Alwood great-great-grandparents, what I learned about them from his Civil War Pension file, and how I came to love fold3.com again.

» Hazel’s Quilt told the story of a quilt that I have the privilege to own, handed down to me from my mother-in-law, who told me its story when I visited her recently at her nursing home.

Some stories were especially close to my own heart…

» The Telegram was one of my numerous stories about my father’s World War II experiences—this one about the injury that almost killed him and how his mother first found out about it.

» West View Farm was about a place very dear to me in childhood—my Grandpa and Grandma Erickson’s Illinois farm, and the shocking change I encountered the last time I visited it.

"Remember me in the family tree
My name, my days, my strife;
Then I'll ride upon the wings of time
And live an endless life."
—Linda Goetsch 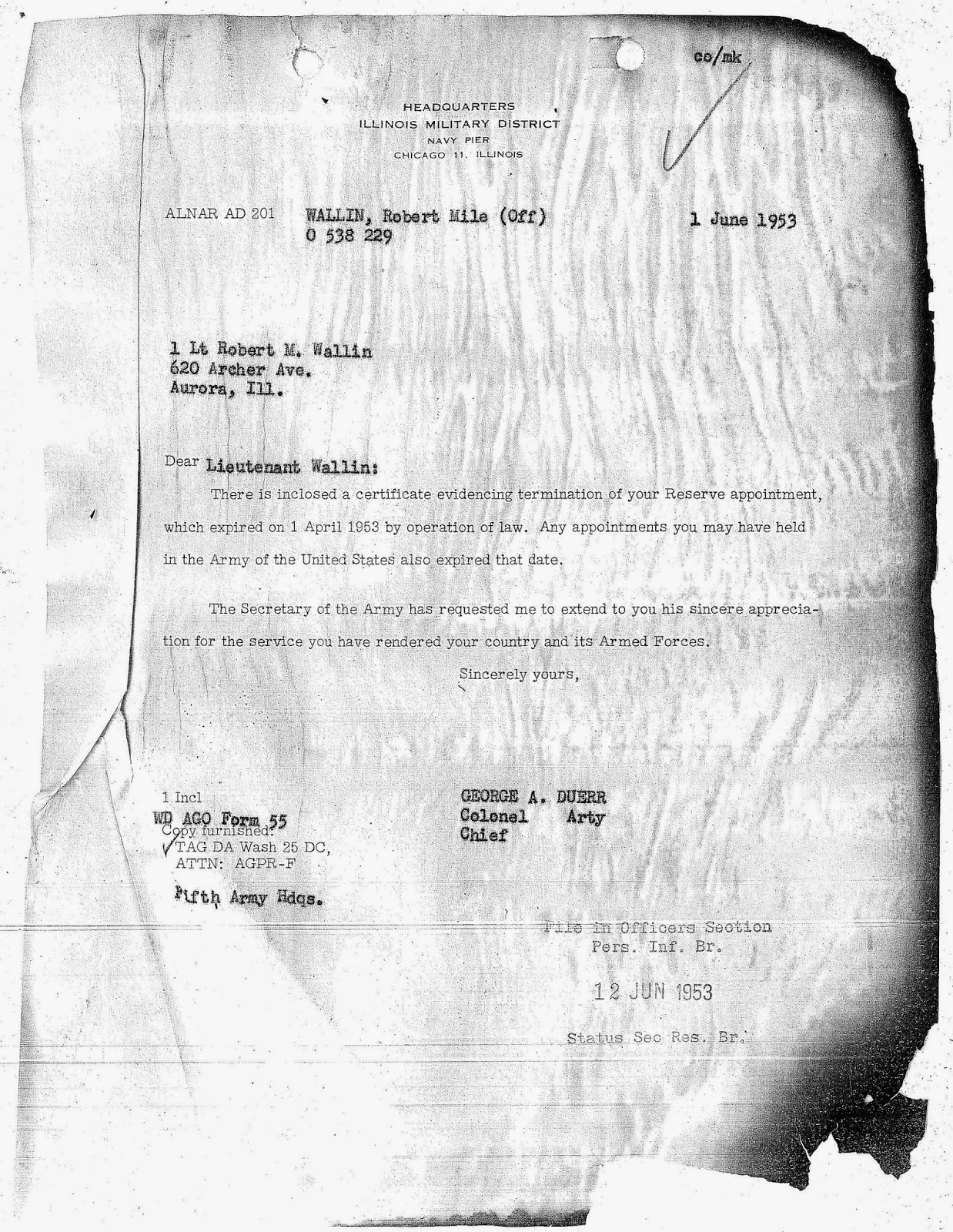 This photograph shows one of the papers from my father’s WWII military file.  I include it here not because of its great importance in the story of his military career—but rather, for the burn marks around the edges.  Anyone who has done (or tried to do) research on a WWI or WWII military ancestor may know where those burn marks came from.

My father, Robert Wallin, told me many stories about his time in WWII, and I have his letters home to tell me more.  Like countless aging baby boomers with fathers who fought in the war, I wish I had asked him so much more—and written it all down or recorded it.  So a few years back, I decided to order his military records from the National Archives.

My father was in the Army, so his records are found at the National Personnel Records Center (NPRC) in St. Louis, Missouri.  (Navy records are stored elsewhere.)  Unfortunately, the NPRC had a catastrophic fire on July 12, 1973.  The National Archives website says that 80% of the records were destroyed for Army personnel discharged between 1912 and 1960.  That covers World War One, World War Two, and the Korean War—what an extensive and  devastating loss!  (Many Air Force records were also destroyed.)  No duplicates, microfilm, or other backups were kept.  And since there were no indexes, there isn’t even a good listing of what was lost. 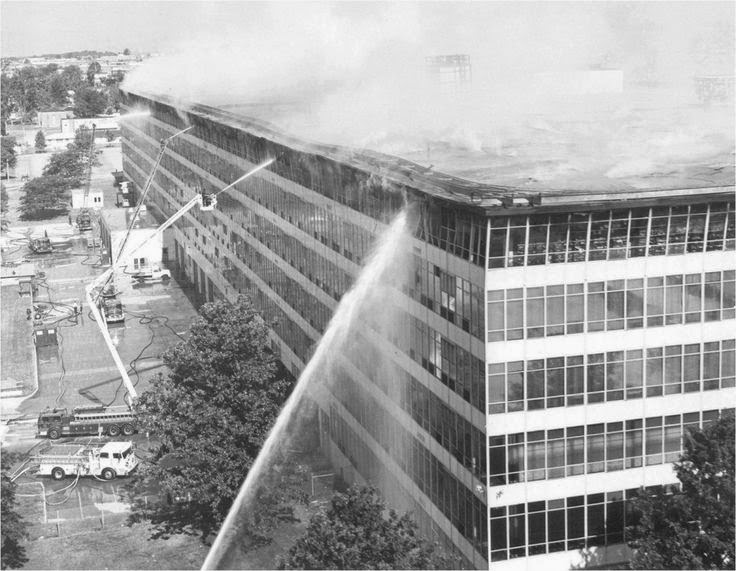 I found out more on the Stars and Stripes website.  The fire started on the sixth floor of the building in the middle of the night; no cause was ever determined.  It burned out of control for 22 hours as 43 fire departments battled it.  It took 4½ days and millions of gallons of water before the fire department declared the fire extinguished.  The sixth floor was destroyed, and the records on the floors below were soaked with water.  The records of 18 million veterans were lost.

About 6.5 million partially burned, water-soaked personnel files were salvaged.  Over forty years later, preservation specialists are still working on restoring them.  It takes the equivalent of 30 full-time employees to respond to the requests of those, like me, who are looking for records from the damaged collection.  Of the 5,000 requests per day that the NPRC receives, they estimate that about 200-300 are for those damaged records.  Those requests go to the specialists at the Paper Treatment Lab, who call the burned records the “B-Files.”

After the fire, the B-Files were taken to the vacuum-drying chamber at the nearby McDonnell-Douglas aircraft facilities.  The vacuum chamber, which was built to train Mercury and Gemini space program astronauts, was now put into service in taking 8 tons of water out of each 2,000 milk-crate-sized containers of wet documents which the chamber could handle per drying session.  The files were then indexed and stored, to be handled again only if a document request is received.

I was fortunate that my father’s military and medical records (which were extensive) survived the fire—although barely, as the photo shows.  Some had burn marks and some had water damage stains, but at least I received the file.  The records for my grandfather, Sture Wallin, who served in World War One, are entirely gone, so I was told in a letter from the NPRC.  To my knowledge, no one in the family recorded any details whatsoever of Grandpa Wallin’s service, and no papers have survived.  Gone forever.

The MissouriNet website says that, incredibly, the NPRC continued to use the old building until 2012!  The NPRC “now has a new state-of-the-art building with some serious ways to prevent a fire from destroying national records.”  Thank goodness for that. 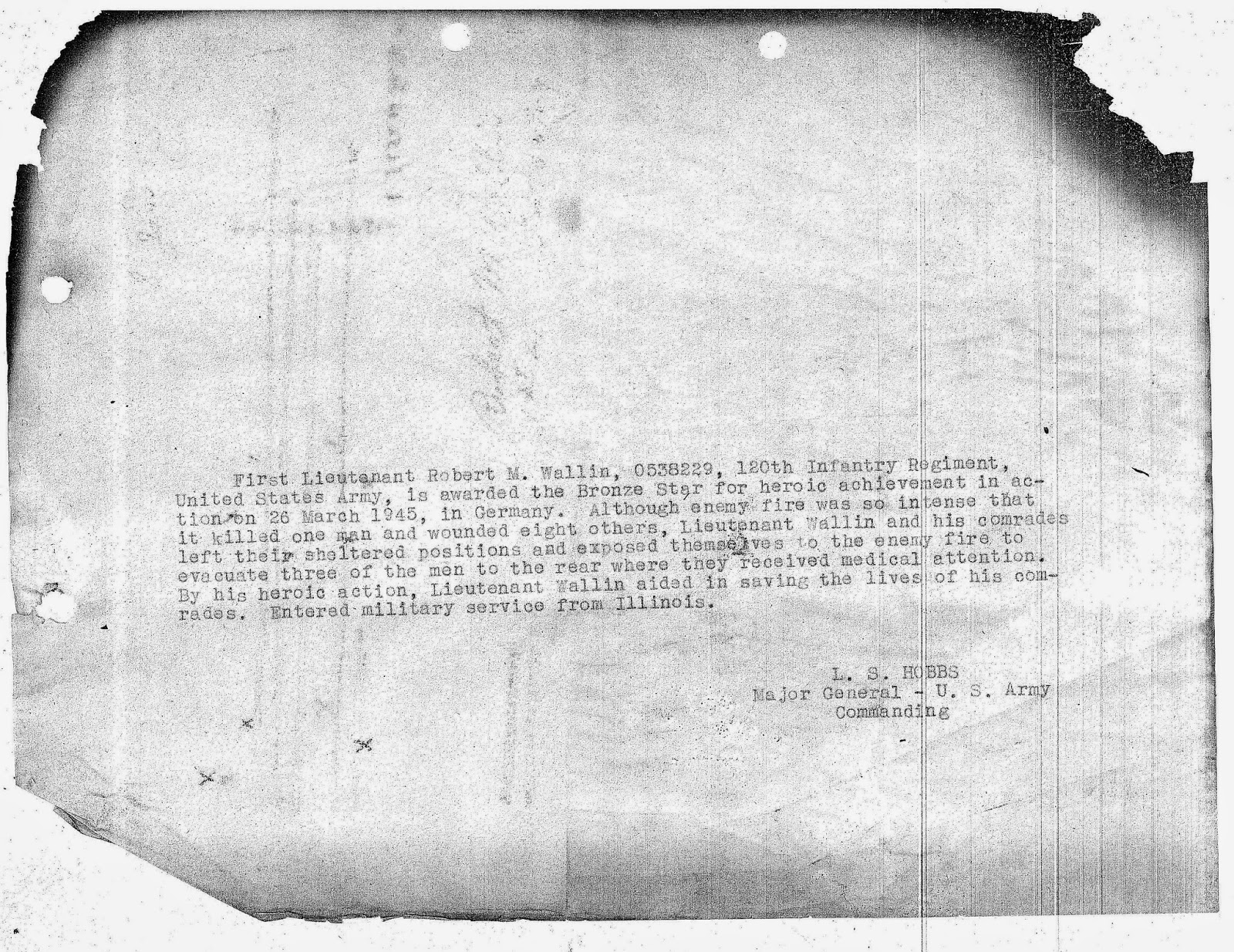 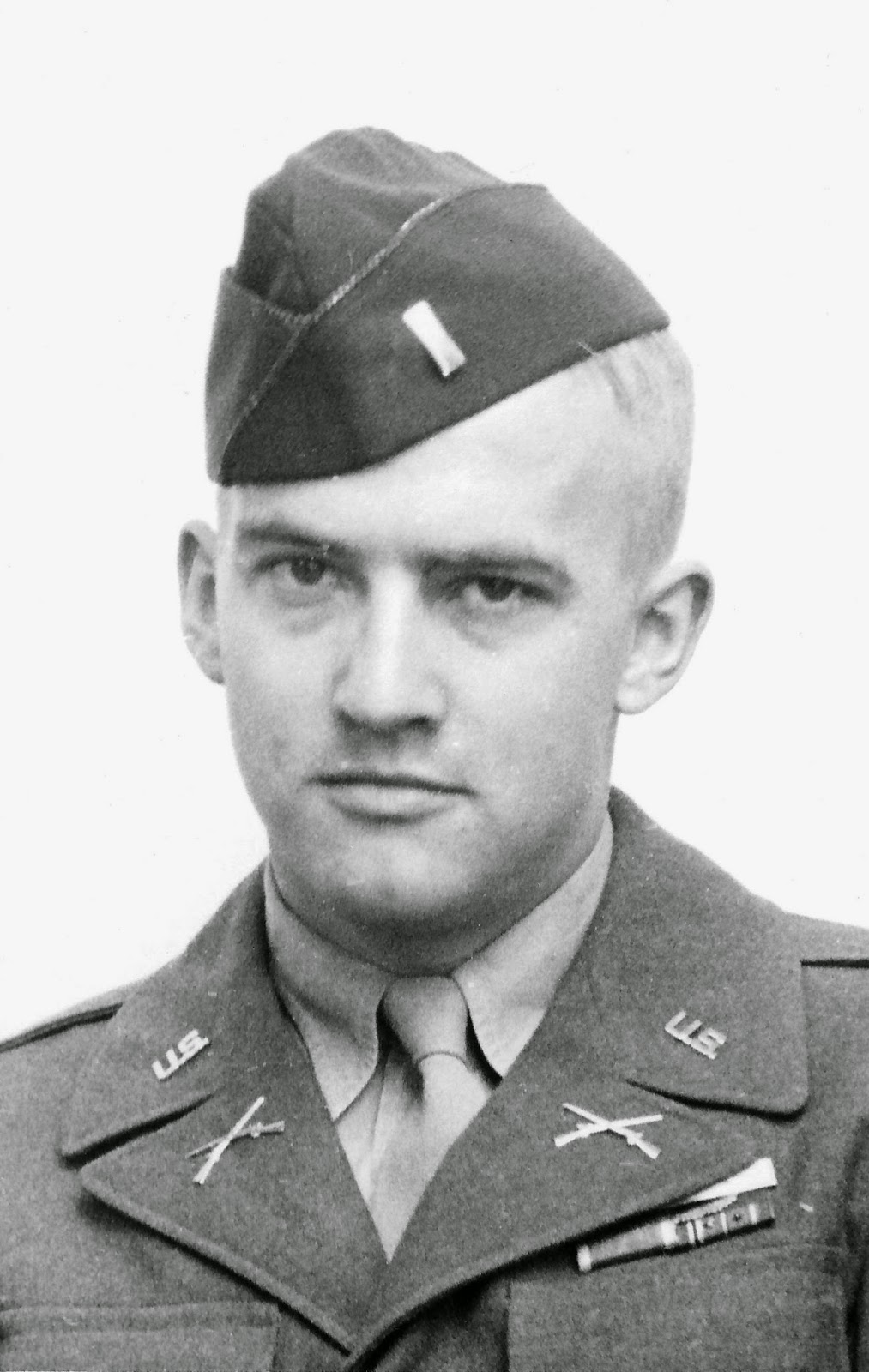