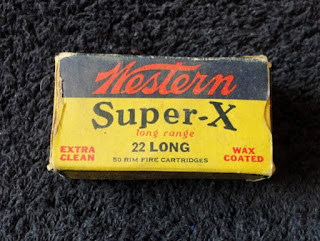 I’m back with the outfit again.  Seems like getting home.  Met quite a few of my old buddies still here.

You no doubt read in the papers how we spearheaded the 9th Army drive across the .  We came in shooting and they just couldn’t hold us...  [The papers] probably said “negligible opposition.”  It was, after we shot or captured everybody in our road.

I am sending Dick a belt from a Kraut who should have surrendered but didn’t.  Not only that, he made the mistake of shooting at somebody in A Company.

You have probably read about all the people we have set free. Soldiers of all nations (including ) and Polish, Russ, French and other slaves.  And I do mean slaves.  These Germans had millions of slaves in farms and factories.  The English captured at 5 years ago were glad to see us...  All the Germans thought we didn’t have any army, and are surprised when convoys of men in trucks and tanks bumper to bumper for 80 or 90 or more miles roll into their town. They stay in their houses and pout and sulk, while the Poles and Russ are outside celebrating.  We have orders that nobody speaks to a Kraut except in line of duty, and we don’t steal their stuff or kill their kids (unless the kids shoot at us).  They don’t think it is so hot now that the shoe is on the other foot, and it is their towns being taken.  Whenever they try to defend a town we just call up the artillery and they remove the town from the face of the earth.

Here is a picture folder Janet can have.  Got it off a Jerry [German] P.X. truck going west that met a bazooka shell going east.

I wouldn’t worry about me too much any more if I were you.  It will soon be all over, and I ain’t going to get hurt in the last inning with the score in our favor and two out...  I could write a few atrocity stories, but all I will say there is that all of them are true.  These Krauts try stunts like putting 800 Poles and Russ in a barn and covering them with gasoline and setting fire to the whole works.  I saw that while it was still smoldering...  That is why I like to see dead Germans by the heaps.