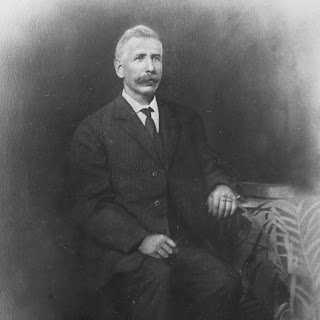 My great-grandfather, Carl Peterson, was an immigrant and a pioneer, as was his wife Emelia.  Thousands like them came from Sweden in the 1880s—due to massive crop failures there—to settle on farms in the American Heartland.  My great-grandparents’ story is not unique, but it’s no less precious to me for being common.  It’s because of their willingness to start a new life on a new continent that I can sing “God Bless America” today as I remember my debt to those who came before me.

Carl, who went by Charles or Charlie, came to America in 1881 and first settled in Chicago, where it is said he worked in a steel mill.  He married Emelia Fryksdal (another Swedish immigrant) in 1883; their first child, Carl, was born there.  But soon they headed west to the plains of Nebraska, as so many Swedes did, where they settled on a farm in Hamilton County.

His grandson Robert Wallin recalled, “In 1885 he bought 160 acres from the Union Pacific Railroad for $6 an acre.  He put down $360 and had a $600 mortgage, which he renewed 10 years later for the same amount ($600).  They put up a temporary house.  Charles had two mules and a cow, and he used the mules to break up the land.  Halfway through, one mule died and he finished the rest with a mule and a cow...”

A fine new house was built in 1903.  The historic Oregon Trail crossed right through their property; traces of the ruts could still be seen in the 1960s when my family visited the old homestead.  Carl and Emelia had eight children there, all of whom survived to adulthood, and he and Emelia remained on that Nebraska farm for the rest of Carl’s life. 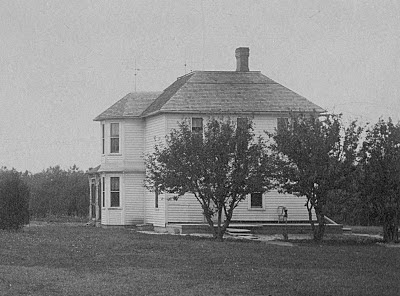 Carl became an American citizen on January 29, 1903, at the district courthouse of Hamilton County in Aurora, Nebraska; his citizenship certificate, a cherished possession, survives.  (Because of the “derivative citizenship” laws in effect until 1922, Emelia would automatically have become a citizen when Carl did.)

Carl never saw his homeland again.  He developed stomach cancer in his fifties, and died in a Chicago hospital in 1917.  But his wife Emelia and two of their daughters returned to Sweden in 1920.  Photographs survive from that trip, including a picture of the small cabin in Borgestorp, Sweden from which Carl came to America.

Carl’s obituary was a fine tribute.  It is titled “Another Good Man Gone” and reads, in part, “No man was held in higher esteem by his neighbors and the community generally than Charlie Peterson.  A man of strong conviction, he had the faculty of holding the respect of those who differed with him most radically…  The world can ill afford to lose in these trying times men such as Charlie Peterson, but the work he did and the example he set for unwavering loyalty will live long after his body turns to dust.  He fought the good fight and kept the faith.”