Sara's Letters to Her Soldier Boy

A few years ago I was able to borrow my grandma Sara Peterson’s letters to her sweetheart and future husband, Sture Wallin, written while he was in the army during WWI and she worked at a bank at home in Nebraska.  Here are some excerpts: 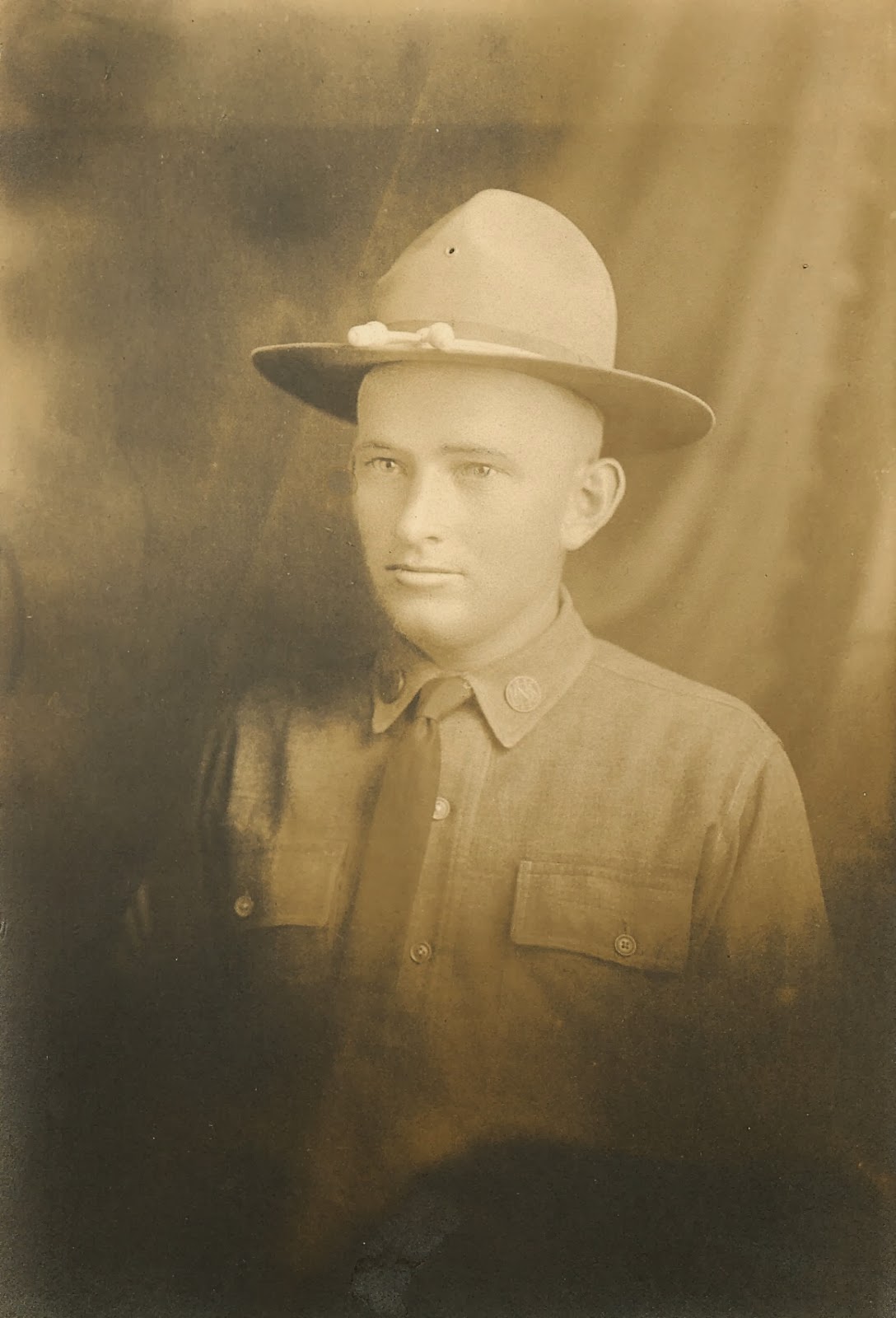 “Honestly, Sture, I just can’t get to feeling enthusiastic about my job down here—and if one doesn’t like your work, what is there to it?  I’d be ready to leave tomorrow—if it wasn’t war times…  Help is so scarce.  I ought to be glad I can do something, even if I don’t like it.”

“Don’t know if we can send a Christmas package.  Of course I can see where with between 1-2 million soldiers in and everybody wanting to send them something they have to have a limit.  But I feel you are the only ones that need Christmas presents this year.”

“Dear, though I was glad as long as you were in this country, I’m glad you got your chance to go across, when you have been waiting to go for so long.  I wonder where you are—somewhere on the .  But you must be almost across by this time...”

“Just as I got through writing the other letter to you, one of the men came in with the mail.  “Did I want a letter from overseas?” he asked.  Did I!  I’d had that letter if I’d had to knock him down to get it.  This was the first letter you had written—dated November 3.  So you did really get to .  You can think that at least if you can’t be home this Christmas, next Christmas we’ll be sure to see you back here.”

The war ended before Sture saw any action.  But it was eight more months before he came home.

“Seems rather quiet in town today after all the excitement of yesterday.  The message came over the wires yesterday that had surrendered.  Of course the town went wild and I guess they did all over the   They had parades and bands and the home guards out…”

“News came this week of the death of Ernest Post.  Also James .  Also a couple of boys.  Seems so terrible at this time.  The people here all have been rejoicing at the thought of it all being ended.  But so many never gave a thought to that the casualty lists would be coming in for weeks.”

“Christmas Eve!  And such a way to spend it!  My soldier boy way across the in .  If I could see your dear face tonight, this would be a truly wonderful Christmas after all.  I’ve got your picture up on my dresser where I can look at it all the time... ”

“I found the place you were before on the map yesterday.  You were quite a way in , weren’t you?  And not so far from .  Perhaps you’ll have a chance to go there before you come back.”

“Do you think you will be back with the rest of H?  Each of the boys that write back home seem to have a different opinion as to when they will be sent back.  They surely are sending them right along, but 2 some million are quite a few men and it took Uncle Sam several months to send them over and I guess ‘twill take just as long to come back.”

“Don’t think I’ve changed a great deal as to outward appearances.  I know I have otherwise.  What the last two years brought certainly would make some difference…”

“The other H boys came home 2 weeks ago…  Elmer said it took them 12 days to come across.  In that case if you left June 20th you would be in NY about July 2nd…  Just now all I can think of is that you will soon be here.  And I can’t tell you in words what that all means to me.  I’ll be the happiest girl in the world when you come back.”