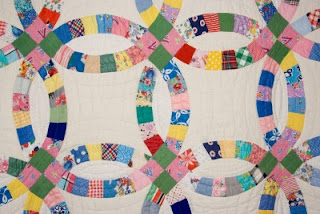 Last year I spent some time researching the family history of my sister-in-law Susie.  Along the way we discovered some memorable stories, including that of Rhoda Wyatt (1830-1910).


Besides those seven, they raised another child named Rhoda Wyatt—an orphan who was adopted by her aunt and uncle and raised as a member of the family.


Rhoda had a happy childhood.  But when her adoptive mother died, Philip brought a new wife into the house, who soon ruled the roost her own way.  Then one of Rhoda’s sisters married the man Rhoda was in love with—the local butcher, George Salter—and they moved to America.  Rhoda must have thought her life was over.


She was soon given an unexpected second chance.  Her sister died shortly after having (and losing) George’s second son.  The grieving widower wrote a letter to Rhoda’s father, asking if one of his other daughters would like to come to America and take her dead sister’s place—marrying George and raising their surviving son!  Rhoda quickly accepted, and before long, she was a new bride in America.


But sixteen years and three more children later, she found herself widowed in Chicago, shortly after the Great Fire of 1871.  She longed for the farm life she’d loved as a child—so she decided to pack up her things and buy a dairy farm in Brown County, Wisconsin.

A Civil War veteran named James Black lived nearby—a prosperous farmer who’d never married.  Rhoda’s daughter, a young matchmaker if ever there was one, managed to talk her mother into making a quilt for a church fund-raiser, for an anonymous bidder.  She suggested to her mother that “Double Wedding Ring” would be a lovely quilt pattern.  When the quilt was done, and the bachelor neighbor received his quilt, there was much blushing all around at the name of the pattern… but that was followed shortly by a wedding.  Rhoda and James lived happily ever after.


Rhoda left a diary, which was discovered many years later and made into a novel called Double Wedding Ring—now out of print—written by Patricia Wendorf.  (The author changed “Wyatt” to “Graypaull” in her book.)  I picked up a used copy on amazon.com last summer.  It’s a wonderful story—all the more so because it’s true.

More posts on the Wyatts:

A Murder in Chicago, A Daughter Remembers, and Anna Grimm
Posted by Susan at 6:36 PM