Not all family history is ancient history.  Once in a while an event takes place that makes me think, “This story should be told.  This story should be written down and remembered.”  One such story in our family is that of Frank and Nancy’s wedding.

Shortly after my mid-life wedding in 2007, my sister met a man named Frank.  Both had been previously married (and had their hearts broken).  It was true love, and they got engaged in 2008.
Nancy had been living in California for decades by then and had deep roots there, as did Frank.  But as they planned their wedding, she was continually saddened by the thought that our bedridden mother would not be able to attend.

Mom lived in Illinois, as I do.  She had missed my wedding the previous year, being too frail to attend (as well as being legally blind and nearly deaf).  When I got married in 2007, I went over to her house in my wedding dress, along with Nancy in her maid-of-honor dress.  “Mom, I’m getting married today!” I told her.  Her face lit up with a smile as she touched the fabric of my dress.  I wasn’t sure if she would remember that day, but I wanted to give her what I could.

As Nancy sadly planned her motherless wedding, it was Frank who came up with the idea.  He said to his beloved that if her mother couldn’t come to the wedding—they would move the wedding to her mother.  Mom lived in a large, bright room with our sister-in-law Susie by this time.  When presented with the idea of hosting the wedding, Susie said that she would be delighted. 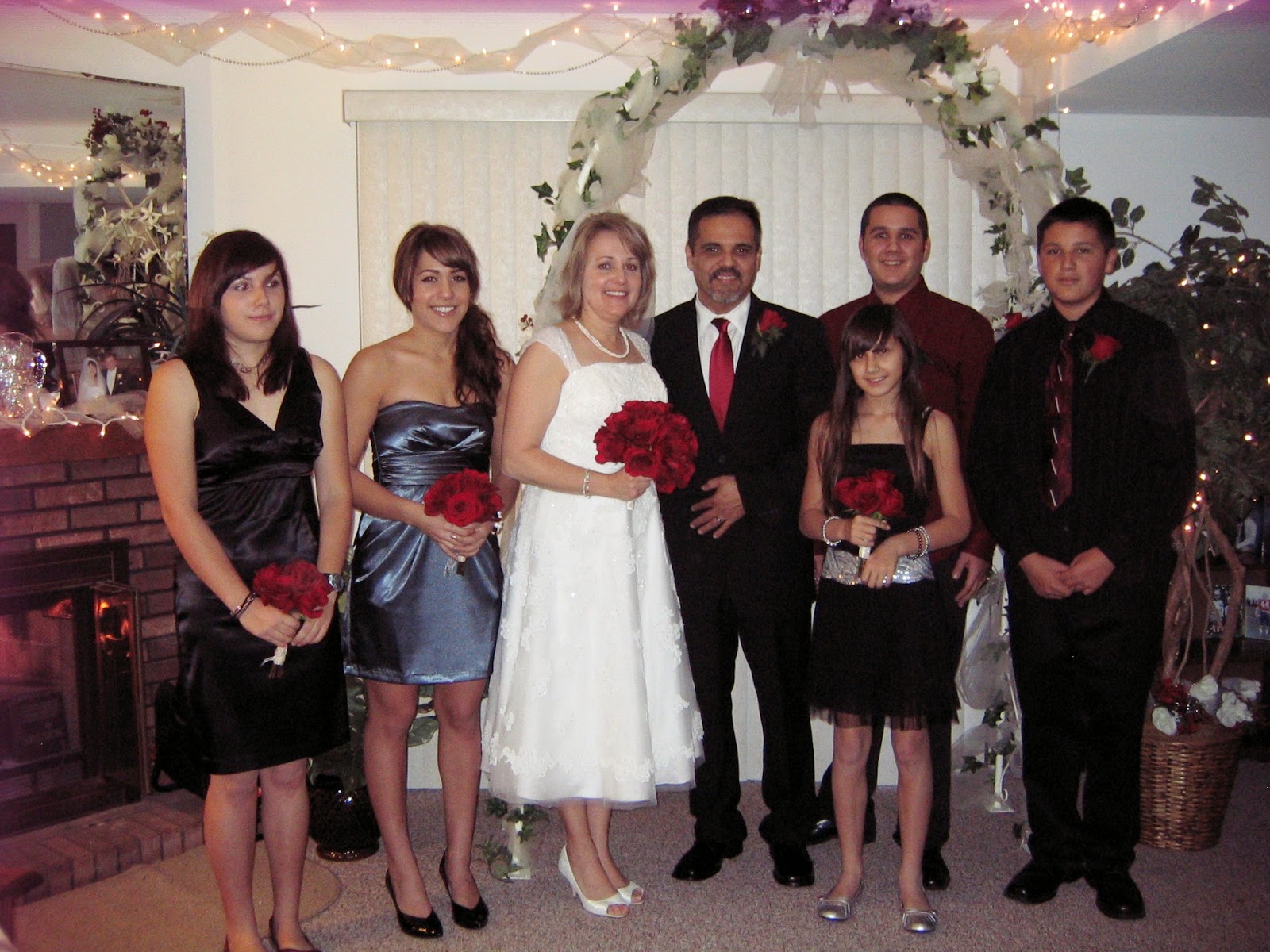 And so it was…  On December 26, 2008, we all gathered in Mom’s large room at Susie’s house.  The room had been festooned with lots of white netting, white lights, and white candles.  There were about 20 chairs set up at one end of the room.  At the other end, next to the fireplace, there was a ivy-covered arch.  And just a few steps away was my mother, tucked in under an afghan in her special chair, which was turned towards the arch for the ceremony.  She was wearing a wrist corsage of red roses that matched her daughter’s wedding bouquet.

Five of Frank and Nancy’s six children were able to attend.  Rather than a best man and maid of honor, the five children stood on each side of the couple as they were wed.  My friend Karen, an ordained minister, officiated the ceremony, and our niece Sarah and her husband Russ read the scripture.  It was beautiful and magical and just perfect. 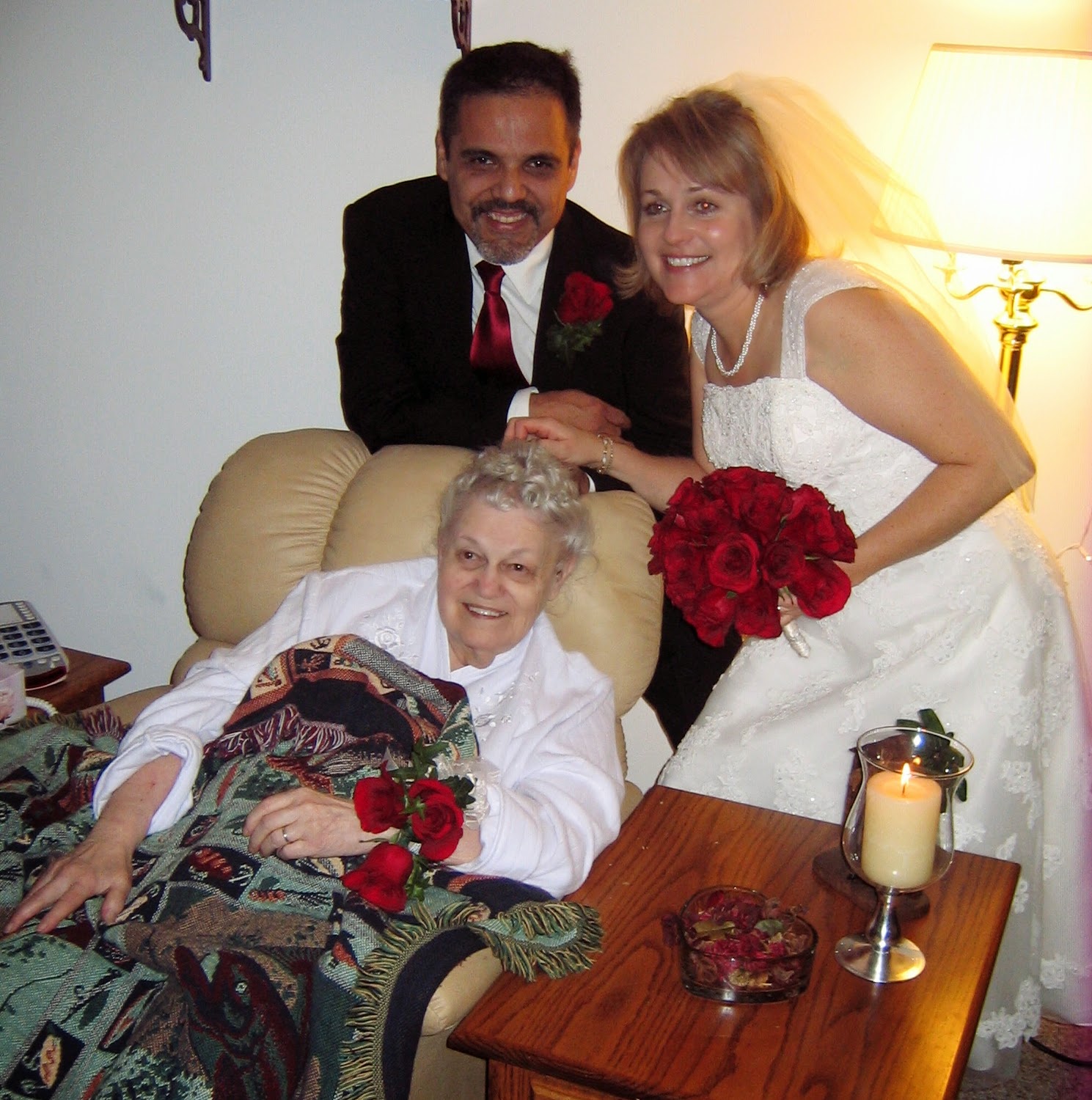 This may not be an old story, but it’s a story that should be remembered and passed down in the family... my family.  Well done, Frank and Nancy—and happy sixth anniversary!