“You live as long as you are remembered.”
— Russian proverb 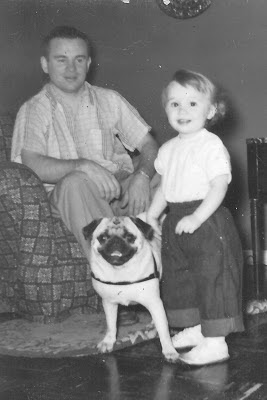 My sister-in-law Susie lost her beloved father recently.  She asked me to share some thoughts about him.  So I combined info from his obituary with the pictures and notes she gave me, and this is what I came up with.  I hope you like it, Susie.  I’m so sorry for your loss.


Richard Wyatt, 81, passed quietly away in the early morning hours of September 20th, 2012.  He lived a wonderful life and will be missed by many.


Susie wrote, “My dad was generous and friendly and hard-working and funny.  He was an athlete who loved sports—especially high school sports.  He went to every West Aurora High School basketball game, home or away—he always went—and he would take anybody who wanted to go.”


Dick was a member of the West Aurora High School Sports Hall of Fame.  He was also an avid Cubs fan, and saw them play the Detroit Tigers in the 1945 World Series. 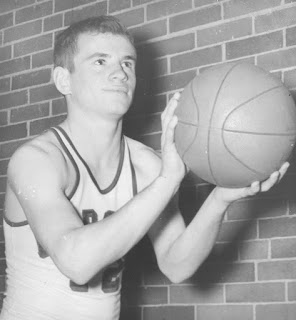 From Susie:  “Dad loved his family.  In the summer we would get all the neighborhood kids and play baseball.  Dad always played with us.  He was an avid Cubs fan—but his true love was the New York Yankees!”


Richard Wyatt was well known in Aurora as the owner and operator of the Aurora Tennis Club on Indian Trail for some 35 years.  There, he cultivated may friendships and took extreme pride in the dominance of the youth tennis program throughout the 1970s, 80s, and 90s.


Susie wrote, “Dad always had teenage hired help at the tennis and swim clubs.  He trusted them, and they always came to him for advice.  He gave them responsibilities—and they never let him down.” 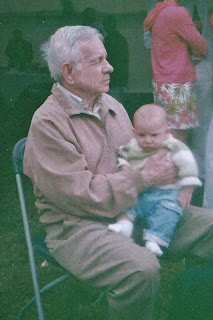 
Many years ago, my late father wrote out these words of wisdom for me on a little scrap of paper... 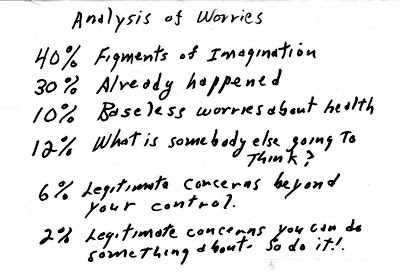 
My husband’s maternal grandmother was a Corriveau by birth.  They were a family who seemed to live under a shadow of misfortune.


The patriarch of the family was Laurent Corriveau, who came from Quebec to Michigan in the late 1800s after his young wife died (probably in childbirth).  He and his second wife Eugenie, who went by “Annie,” settled in Huron County, Michigan—“The Thumb” as Michiganders say—where they began to spell their last name “Carriveau.”  In the 1910 census Annie reports that they had “thirteen children, eleven still living.”  Nine are shown in this picture, with Larry and Annie front and center.


Those eleven children, all long dead now, had interesting lives...  One of the sons, who took over the family farm after he was grown, spent some time as an “inmate” at Pontiac State Hospital—an “insane asylum” as they were called then.  Another was the “responsible son,” who had no children of his own, but took in a younger sister after her divorce and was guardian of a nephew.  Another son was a hunchback, according to his WWI draft card.  One daughter was married young and had nine children—six of whom she raised alone and in severe poverty, dishing out some “pretty severe punishments” on them, according to one son.  Another daughter married at age 16 to a man of 55; the last two of her many children were most likely the children of her husband’s nephew.  (After her elderly husband died, she lived with the nephew for many years as man and wife.)  Another daughter, it was said by her nephew (my father-in-law), committed suicide.  Eliza, my husband’s grandmother, died in her thirties after she fell backwards and was drenched in boiling oil.  One of Eliza’s sisters married an abusive alcoholic at age 16; she and her two young sons ended up living with her brother.  Another sister also married young, to a man of the same last name (brothers?), and she ended up the same way—leaving him, and moving back in with her parents.


One son was a steeplejack who returned to Canada as a young adult, and apparently escaped the family curse (as far as I know)—as did one other son, the youngest.


How I came to research the Carriveaus is a story I told in a post called “For the Love of Norman.”
Posted by Susan at 3:25 AM No comments: 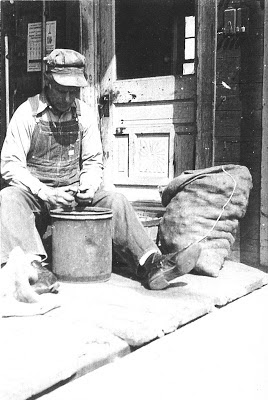 My grandfather, Robert J. Erickson, around 1930 - Will County, Illinois

An excerpt from a letter my father wrote to his parents from France during WWII:


“Well, at least I have a chance to write again.  I have not been hurt, except just one little scratch on my leg from a mortar shell.  Don’t worry, please, I went 4 days after and then went to the medics and they put some stuff on it.  It is all healed now, but I think the piece is still in there, as there is only one hole.  The medic said there is nothing to worry about, and I went right back to my company...  We have really been plastering and plastering them until I don’t see how they can stand it.  I will really have some experiences to tell when I get home.


The war hasn’t affected me the way you might think it would, and I have seen things that I never thought I would see, but they just seem everyday.  After it is over, the letup on my nerves may make me jumpy for a while, but that is all...  I’ll be home soon, I hope, and I will be happier than I can ever say.  I have the folder with your pictures in it, and the Bible that Aunt Ithel gave me in my pocket, and when things are hot, I feel them and think, ‘How can I miss with these in my pocket?’”...

Dad was badly wounded a few months later, but he did eventually make it home.  He was indeed jumpy for a while—and although that eventually faded, he never forgot what happened over there.  May we never forget, either.
Posted by Susan at 6:11 AM No comments:

“La Corriveau”…   Her real name was Marie-Josephte Corriveau, and she was one of the most infamous murderers in Canadian history.  She was born in 1733 near Quebec, and she was my husband's 2nd cousin, 6x removed.   This is a bronze sculpture from the National Museum of Quebec.


According to the Dictionary of Canadian Biography Online, she was born in 1733 in Quebec and married in 1749 to Charles Bouchard, by whom she had three children.  After he died in 1760, she married again, in 1761, to Louis Didier.  Not long afterwards, in 1763, his body was found in the stable, with several fatal blows to the head.  Neighbors and family found it hard to believe that the horse was the culprit, and suspicion soon fell on Marie.

There were two sensational trials.  The first ended with a death sentence by hanging—for Marie’s father!—who had confessed to the crime to save his daughter.  (Marie was sentenced to be flogged and branded for her part in it.)  But before these sentences could be carried out, her father made his last confession to a priest—and revealed his daughter as the sole murderer.   (He was later pardoned by King George III.)


At the second trial Marie confessed; she had struck her husband twice with an axe while he was sleeping and dragged his body to the stable.  She was sentenced to death by hanging—with the stipulation that after being executed, her body would be put in an iron cage and displayed publically as an example.  After a month of such display, her body was buried in the grounds outside the Catholic cemetery—where it was discovered in 1850.  She has been an object of interest ever since, with art, film, and entire chapters of books being devoted to her, and she is still known as “La Corriveau.”
Posted by Susan at 6:16 AM 1 comment:

A Young Man with a Past 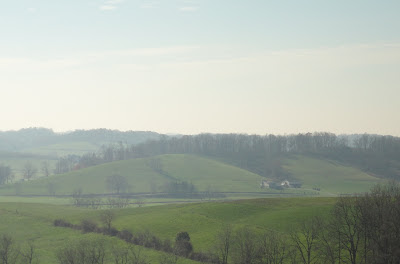 He was the last person I would ever have expected to be interested in genealogy—and what I found out about his roots was the last thing I would have guessed.


It was late 2011 and I needed a new genealogy project.  My husband had mentioned my hobby at the manufacturing plant where he works, and one of the young factory guys asked him, “Do you think your wife could find out more about my family tree?”   Bruno (not his real name) was young, wild, and festooned with tattoos.  I was intrigued.  I decided to take on the project until my next paying client came along.  Bruno provided me with a few names and dates—that’s all he had.  He was particularly interested in his father’s ancestry, which he thought was German.   Perhaps he hoped for a few skeletons in the family closet.


A few days into the project, I came across the World War I draft card of Bruno’s great-grandfather Albert in Livingston County, Illinois.  I did a double-take when I read the answer in the space reserved for “Do you claim exemption from draft?  Specify grounds.”  Albert’s answer was “Religion—Mennonite Church.”


More digging connected me with the generation before that—and sure enough, before long I’d “struck Amish.” Others had blazed this particular trail before me, so at that point I was able to connect with the research of fellow genealogists who were willing to share… and so I was able to follow Bruno’s paternal line all the way back to a small village in Switzerland in the 1600s, where his 7th great-grandfather Peter had been part of a group of Anabaptists led by Jacob Amman himself—the original founder of the Amish church.

Bruno took some ribbing on the factory floor for all of this. “Chill out, Bruno—remember, you come from a peaceful people.” But he was happy to know more about his roots, and I was happy to be able to share the gift of such a wonderful and surprising heritage with a young factory guy from Ottawa, Illinois.
Posted by Susan at 10:28 AM 5 comments: